As we travel from South Greenland to East Greenland, our journey begins in Narsarsuaq and an area that offers both history and culture as well as natural wonders and wildlife – with Norse explorers, Inuit culture, hot springs, whales and amazing landscapes. We then explore the Mordor mountains of Prince Christian Sound and continue along the wild, beautiful and unchartered eastern coastline. Our final destinations, the Sermilik fjord area and the town of Tasiilaq, treat us with the aftermath of an ice explosion – and icebergs in all shapes – as well as stories and myths of the local Tunumiit culture.

We fly into the airport in Narsarsuaq and embark the M/S Balto. We sail out through Eriksfjord, named after Erik the Red, a Norse explorer believed to have founded the first settlement in Greenland around year 980, after being banished from Iceland for manslaughter. We plan to go ashore at Brattahlid, the estate he established at the end of the 10th century. We are now on a true expedition cruise. Our exact route is depending on weather and ice and the itinerary must be kept flexible!

We make stop in Qaqortoq, the largest city in Southern Greenland with approximately 3200 inhabitants. It is beautifully situated on the mountain slopes and surrounded by magnificent fjords.

This area has many stories to tell. We learn more about the Inuit cultures and their great respect of and symbiotic relationship with environment and animals. During periods of weather change and animal numbers declining, amulets and fishing or hunting artefact became objects of great beauty and artistry. Of respect and love for the animals, who give themselves to sustain the Inuit life and culture, offerings are made to the Sea Goddess Sedna, to release the animals’ souls. Still today, Inuit carry a small jug of fresh water when hunting seal. After a seal is killed it is given fresh water, so its spirit will not go thirsty. We will have many opportunities to learn about stories and legends, different eras and people that migrated to Greenland, the conflicts and ultimate demise of the once powerful Norse civilisation.

But this part of Greenland offers much more than history and culture! It also invites us to natural hot springs, bird cliffs, remote islands and deep fjords characterized by high mountain peaks and playful whales. We explore the hot springs of Uunarteq and enjoy a bath in these warm-tempered natural bathtubs, with breath-taking views of mountain peaks and drifting icebergs.

We continue south towards Prince Christian Sound. We travel into this extraordinary and narrow fjord system through its rugged western entrance. A mountainous landscape surrounds us with steep cliffs plunging into the fjord and peaks rising up to 2000 meters. And when it is time to exit the fjord in the east, the resemblance to Mordor, in Lord of the rings, is striking.

When entering East Greenland, we sail along a wild and uncharted coastline. A lot of our time the next couple of days will be at sea. The strong currents are carrying a parade of icebergs south. Glacier faces goes straight into the ocean and there are many unexplored fjords. Weather and ice decides our course of exploration. We aim to visit Umivik bay, which was chosen as the launching point for westward overland crossings, including the pioneering 1888 Greenland venture by Fridtjof Nansen.

As we reach the large Sermelik Fjord system near Tasiilaq we are greeted by icebergs of all shapes and sizes, in a never-ending spectrum of blue and we collect some glacier ice for our drinks. This fjord system is awe-inspiring and could be explored for days. We make several remote anchorages and are constantly on the lookout for humpback whales!

We continue to the town of Tasiilaq via a secret passage. With its 2000 inhabitants it is the largest settlement in East Greenland. It is home to an older and different Inuit culture, where shamanism and native culture is much more vibrant and alive than in other parts of Greenland. During our expedition here, we will try to organise story telling of local myths and legends, as the one about tupilaqs. In Greenlandic Inuit religion, a tupilaq was an avenging monster fabricated by a practitioner of witchcraft or shamanism by using various objects such as animal bone, skin, hair or sinew. If lucky we get to witness some ritual or singing.

Be inspired by our webinar about Greenland!

A trip to Greenland is an unforgettable adventure! But what is it like to be on an expedition cruise in Greenland with a small, unique 12-passenger ship? Maybe you are wondering which places you can visit or what separates the east coast from the west coast? We believe that this recorded webinar from 2 November 2021 will give you a lot of answers and inspiration about our expeditions to Greenland. The presentation will be given by our knowledgeable and popular expedition leader, Christian Engelke.

Greenland is an enormous island, wild, and remote and offers a fascinating culture and history. Most airports are very small, the airlines flying there are few and flights do not arrive daily. For these reasons you will most likely find it necessary to add extra hotel nights in connection to your outbound and/or inbound flights. Flight tickets to Greenland are also rather high-priced, comparing to many other destinations. But even if flying here is a little bit of a challenge, the grand nature experience that awaits you is incomparable and worth every effort. 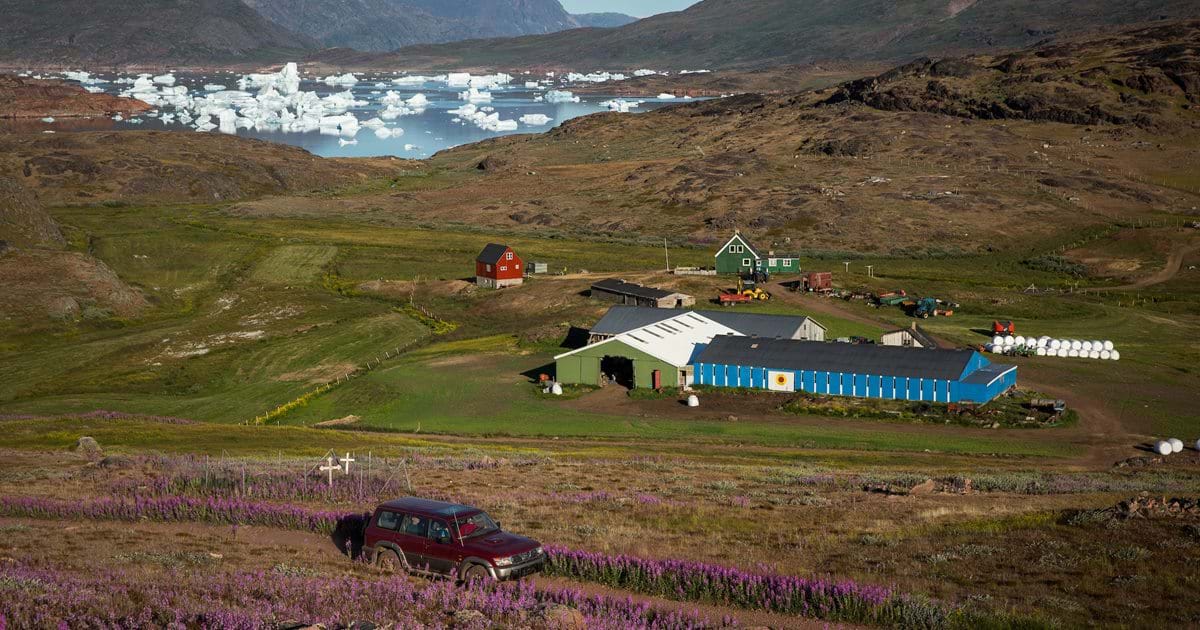