Join the elegant 12-passenger ship M/S Balto on a true expedition cruise to Northeast Greenland, one of the last unspoiled wildernesses in the world. As we venture into the world’s largest fjord system, we will experience breath-taking nature and scenery, large icebergs in unimaginable shapes. The clean air, the silence and the enormity of nature is captivating.

During walks we are always keeping an eye out for grazing musk-oxen, Arctic hare, Arctic fox and other wildlife. With our sturdy Zodiacs we explore further afield, cruise amongst large stranded icebergs and make shore landings. With some luck we might also encounter polar bears.

Travelling with a small group of merely 12 passengers gives us more flexibility, more unique itineraries and more time ashore. Also, the footprints we leave behind are a lot smaller! The M/S Balto has a lot of experience of and is designed to explore the most remote fjord systems and find secret anchorages. This is true micro cruising.

We fly to one of the world's smallest airports, Constable Point, located at the end of a narrow fjord. We embark the M/S Balto and make ourselve at home. We are now in a part of the world where we are totally dependent on ice and weather conditions. Our exact itinerary depends on these factors and on the wildlife we encounter. Our ambition is to make landings every day with our rigid Zodiac crafts.

We are travelling in one of the largest wilderness areas in the Northern Hemisphere. It introduces its visitors to some of the most spectacular coast lines in the world and the deep fjords are surrounded by majestic peaks and tundra covered slopes. We will use our sturdy Zodiacs to explore further afield, cruise amongst large stranded icebergs and make shore landings.

Scoresby Sound is the world’s largest fjord system and could be explored for weeks. It offers some of the most spectacular scenery Greenland has to offer: jagged peaks as tall as 2000 meters coming straight out of the sea and rare glimpses of the Greenland ice cap, the largest ice cap in the northern hemisphere. Large glaciers pour into the sea, giving birth to an unexpected quantity of beautiful icebergs, some of them lager than high-rise buildings.

During our expedition we have good chances to spot magnificent prehistoric-looking musk-ox or the lovely white Arctic hare. We also keep an eye out for snow bunting, gyrfalcon and ptarmigans. With a portion of luck, we actually might encounter polar bears. During summer you can often spot small groups of narwhal in the innermost fjords. It is truly exciting and a great privilege to witness these beautiful unicorns of the sea.

We hope to circumnavigate Milne Land, the second largest island in Greenland, sailing through the narrow and spectacular Føhn Fjord, Røde Fjord and Ø Fjord. During walks on the tundra we may find remains from early Inuit cultures that settled here. The archaeological record in Northeast Greenland is long and involves a remarkable diversity of groups that discovered and explored the region at least seven times over thousands of years.

As we sail into the rarely visited Nordvestfjord, we also enter the largest national park in the world at almost 1 million square kilometers, more than twice the size of Sweden. This fjord is often filled with icebergs making for challenging but spectacular navigation.

We also plan to visit Ittoqqortoormiit, home to some 450 Greenlanders and the only settlement in Northeast Greenland. It is located 500 kilometres north of the Arctic Circle and nearest town is Tasiilaq, 800 kilometres to the south.

In a town where the sea ice blocks ships from visiting most part of the year, hunting and fishing are the only ways of survival. During our visit we get a unique opportunity to learn more about the living and surviving in this remote part of the world.

In the morning we disembark in Constable Point for homebound flights.

If you as per today have a risk-free cancellation date until 10st January, 1st March or 1st May 2021 stated in your reservation, it has automatically been extended to the 20th May 2021.

Northeast Greenland is a true and very remote wilderness. To get here with ship from Iceland takes at least three or four sea days on the Denmark strait, a passage that can be quite rough for a small ship like M/S Balto. To be able to offer you a more comfortable experience with focus on Greenland’s spectacular nature, we have therefore chosen to book flights between Reykjavik (Iceland) and Constable Point (Greenland).

Why mandatory flight package?
Northeast Greenland is a true and very remote wilderness. To get here with ship from Iceland takes at least three or four sea days on the Denmark strait, a passage that can be quite rough for a small ship like M/S Balto. To be able to offer you a more comfortable experience with focus on Greenland’s spectacular nature, we have therefore chosen to book flights between Reykjavik (Iceland) and Constable Point (Greenland). 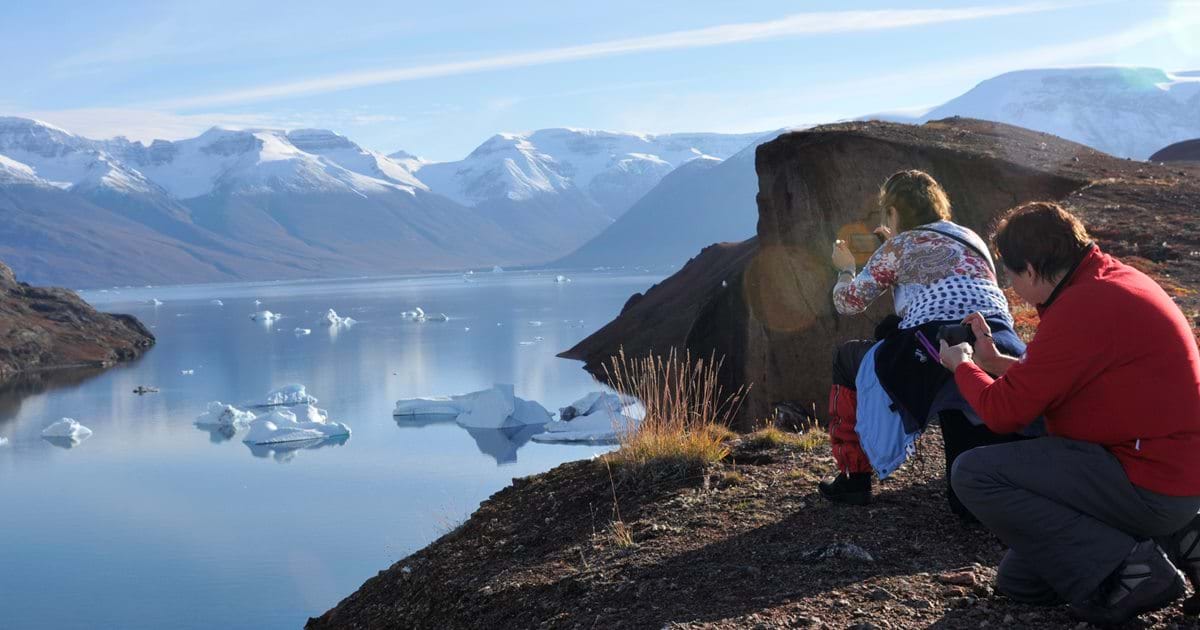