600 miles south of Cape Horn we find the world’s most isolated and remote wilderness – Antarctica. This impressive continent has lured explorers such as Shackleton, Nordenskjöld and Amundsen into its enticing web. The grand and beautiful Antarctic landscape leaves its visitors in awe. The continent and surrounding islands are home to millions of penguins, seals and whales. Worth mentioning is the subantarctic island of South Georgia, a haven for anyone interested in wildlife and one of the most beautiful places on earth.

Experience our trips to Antarctica

Antarctica, as opposed to the Arctic, is a continent – and as such the only one without a permanent human population. There are, however, temporary inhabitants, mostly researchers. Antarctica is not a minor landmass, it is twice the size of Australia and 98% is covered in ice. The average altitude is 2 500 metres above sea level. Hence it is a cold continent, the lowest measured temperature is minus 89° C. However, it will be much warmer when and in the areas that we intend to visit!

Some 100 million years ago Pangea disintegrated into different continents which started to move in different directions. Antarctica was released from Australia and slowly moved towards the South Pole leading to the continent ’s cold climate and large masses of ice.

Because of its remote location, Antarctica was among the last areas in the world to be discovered. Since the time of Aristotle, scientists believed there must be a large continent way down south. They named it Terra Australis.

The thought of this large southern land mass inspired many explorers. In 1773, James Cook made an attempt to reach these southern shores but he couldn’t get through the Pacific pack ice. Many explorers followed but were forced to turn back because of the rough sea.

In the 1820s, different areas in Antarctica and its surrounding islands were discovered. Many explorers were searching for sealskins and whales. Rumours about the large southern continent spread fast and several countries sent scientific expedition teams to explore – and their names remain to this day, i.e. James Clark Ross (Ross Sea and Victoria Land), Charles Wilkes (Wilkes Land) and Jules Dumont d’Urville (Adelieland).

Since then, countless more or less horrific expeditions and adventures towards, to and across this rugged land have been undertaken. There is a lot of literature available on gentlemen like Nordenskjöld, Shackleton, Amundsen and Scott, whose amazing stories you will learn about during our trips.

The distance from Antarctica to any other continent is at its shortest between the southern tip of Argentina and the Antarctic Peninsula. The Antarctic Peninsula is 1300 km long and is dominated by a series of mountain ridges which in geological terms are an extension of the Andes. This is where most snow- and ice-free areas are found during the Antarctic summer and this is also where the wildlife is at its most abundant.

The geographical South Pole is the southernmost point in the world, 90 degrees south. It is situated on a vast ice plateau, 2835 metres above the sea level with a desert climate and next to zero humidity. This is also one of the coldest places on earth, where the southern summer (December and January) means a low standing sun and a temperature of about –25°C. The southern winter (February–November) is dark with temperatures as low as –55°C. It is not easy to imagine the harsh conditions that the early polar explorers trying to reach this point had to endure – truly some of the greatest achievements in modern times!

In the middle of the Southern Ocean lies South Georgia. With nearly 3000 meter high mountain peaks, impressive glaciers and sandy beaches the island invites its visitors to some of the world’s most magnificent sceneries. The wildlife here is truly extraordinary. Everywhere, on the beaches and rocks, in the water and the air, the wildlife is teeming. The sound of hundreds of thousands of king penguins is very powerful! It is an incredible experience to stand among all these curious individuals.

Here, we also have a chance to meet the huge elephant seals, which can weigh as much as four tons and have over 200 females in one single harem!

PolarQuest is a proud member of IAATO - a member organization founded in 1991 to advocate and promote the practice of safe and environmentally responsible private-sector travel to the Antarctic. IAATO is an international organization, comprised of more than 100 respected companies and organizations from 19 countries.

Our ships in Antarctica 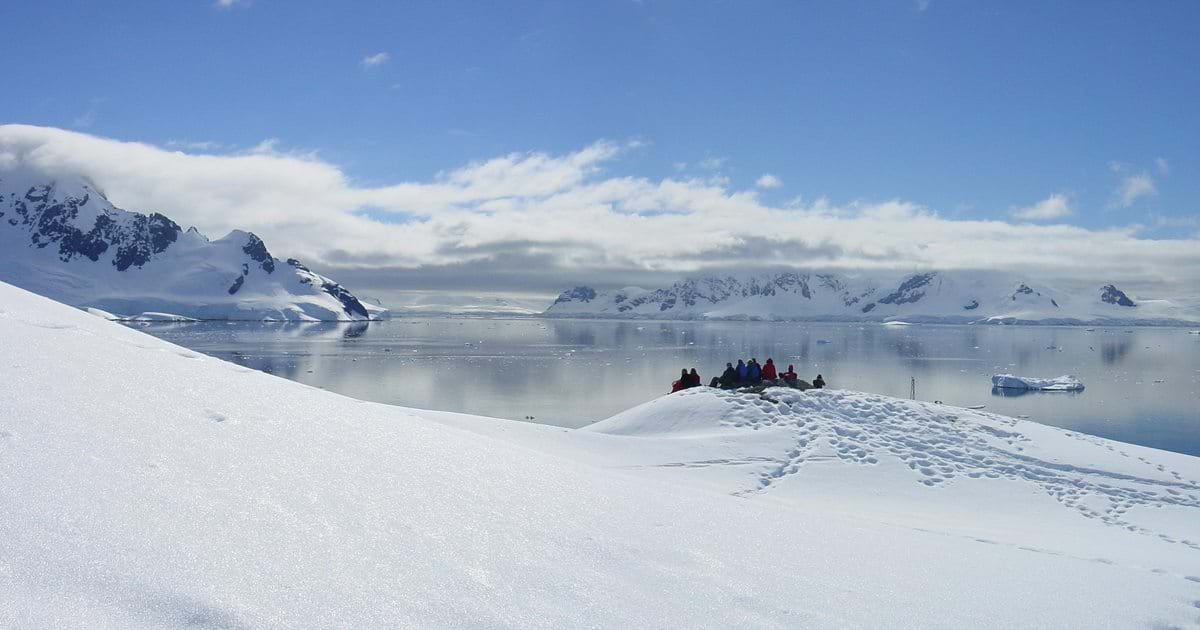