Join PolarQuest on a magnificent Antarctica cruise with the possibility of sighting 7 different species of penguin! We are proud to once again sail off to Antarctica with the small polar expedition ship, Ocean Nova, carrying a maximum of only 78 passengers! We sail from Ushuaia in Argentina to the Falkland Islands, home to charming rockhopper penguins and graceful albatrosses. Our next stop is the remote island of South Georgia, a wildlife haven said to have more wildlife per square metre than any other place on the planet. To watch the huge elephant seals fight for their harems and be greeted by hundreds of thousands of breeding king penguins is a truly unbelievable experience. We continue to the most remote and isolated continent - Antarctica. Here we explore the dramatic landscapes with gigantic icebergs, scenic channels and bustling penguin colonies. Welcome on board!

Our great Antarctic adventure starts in Ushuaia, beautifully surrounded by snow-covered mountains, where we stay one night at a centrally located hotel. This little town is also referred to as the “End of the World”.

Today we visit the southernmost National Park in the world – Tierra del Fuego. We explore this thriving park, filled with dramatic sceneries of forests and mountains. The National Park is home to guanacos, Patagonian foxes and beavers, but also to many bird species such as Magellanic woodpeckers, condors and austral parakeets. In the afternoon, we embark our expedition ship and sail along the Beagle Channel. Our expedition cruise has started and we may see penguins straight away! Keep a lookout for Magellanic penguins swimming in the Beagle Channel.

We spend a day at sea followed by a range of sea birds such as petrels, fulmars and albatrosses that gracefully follow our ship. Whales and dolphins may also be seen in the surrounding waters and our polar experts start their exciting lecture program.

Our plan is to explore the western islands of the archipelago, which are isolated and windswept but home to many seabirds and migratory birds including the black-browed albatross. Weather permitting, we go ashore and explore Saunders Island a penguin hotspot that is one of the only places on earth where 4 penguin species nest side by side. Here we can find gentoo, rockhopper, king and Magellanic penguin rookeries as well as nesting black browed albatross. You can sit on the white sand beach watching the penguins come and go while the striated caracaras patrol overhead.

Majestic mountains, mighty glaciers and beaches full of king penguins greet us on the island of South Georgia. We arrive in the beginning of summer when there are few ships in the vicinity and the peaks of the dramatic mountain ranges are still snow-covered. If you are interested in wildlife, South Georgia is a true oasis. Hundreds of thousands of penguins greet us at places like St. Andrew’s Bay and Salisbury Plain. Huge elephant seals lounge on sandy beaches and this time of the year we may see dramatic fights for a position as the king of a harem. The island is also home to several other species of penguin such as macaroni, gentoo and chinstrap penguin, along with the playful and fiesty fur seals. South Georgia played a significant role in Shackleton’s epic adventure. After his ship Endurance sank, he crossed the treacherous ocean in an open lifeboat to reach the islands. We hope to visit Shackleton’s grave at Grytviken, once an active whaling station, which now houses a charming small museum.

This is a true Antarctic expedition cruise and our exact route the following days is subject to weather and ice conditions. Below are examples of places we may visit.

We hope to go ashore at Elephant Island, where we will learn more about the famous Antarctic adventures of Sir Ernest Shackleton. This island was a place of refuge in 1916 for Shackleton and his crew after his ship was destroyed by pack ice in the Weddell Sea more than 100 years ago. Following the loss of their ship the men reached Elephant Island after a harrowing ordeal on drifting ice floes. They established a camp at a place they called Point Wild, named after Shackleton’s commander Frank Wild and now the home of nesting chinstrap penguins.

We will spend some time cruising among the South Shetland Islands just off the Antarctic Peninsula. Dazzling wildlife sightings await us on our excursions to some of the islands including King George, Half Moon, Barrientos or Livingston. Adélie, chinstrap and gentoo penguins thrive here, as do several species of seal. Hopefully, we will also have chance to visit the flooded volcanic caldera of Deception Island. Along the coastline of the South Shetlands we keep our eyes open for humpback whales foraging for krill.

We continue south along the Antarctic Peninsula, where pack ice still covers large parts of the bays, and we watch the experienced officers navigate our ice-strengthened ship. We cruise through labyrinths of icebergs some of which may have resting penguins looking curiously back at us. In good ice conditions, we hope to set foot on the Antarctic continent in Hope Bay or Paradise Harbour. The scenery here, from the colossal icebergs to the seemingly endless Antarctic ice sheet, is truly breath-taking.

Please note: Our exact route will depend on ice and weather conditions. The planned itinerary will be updated throughout the voyage in order to take advantage of favourable conditions. Flexibility is the key to a successful expedition!

For those of you who want to experience the bustling city of Buenos Aires we offer a pre and post cruise extension, including two hotel nights, sightseeing, tangoshow and flight Buenos Aires – Ushuaia with return. Please contact us for more information.

In the middle of the Southern Ocean lies South Georgia. With nearly 3000-meter-high mountain peaks, impressive glaciers and sandy beaches the island invites its visitors to some of the world’s most magnificent sceneries. The wildlife here is truly extraordinary. Everywhere, on the beaches and rocks, in the water and the air, the wildlife is teeming. The sound of hundreds of thousands of king penguins is very powerful! It is an incredible experience to stand among all these curious individuals. Here, we also have chance to meet the huge elephant seals, which can weigh as much as four tons and have over 200 females in one single harem! The new-born seal pups have just started to explore the world and are keen on getting acquainted. Their immense, black eyes win every visitor’s heart! With no land based predators on the island, the wild life here have no fear of humans. This creates a truly magical setting to encounter the animals and watch them go about their day undisturbed.

Sustainability is at the heart of everything PolarQuest does. We travel in small groups and strive to have minimal impact on the environment. A small ship such as Ocean Nova also offers a more relaxed atmosphere, greater focus on the destination and more time ashore, compared to a larger vessel. Most vessels that visit Antarctica takes between 120 and 500 passengers, but to visit Antarctica in a group of merely 78 passengers invites to a more exclusive as well as more sustainable experience. The Ocean Nova also has a very low fuel consumption per passenger, one of the lowest in the business. 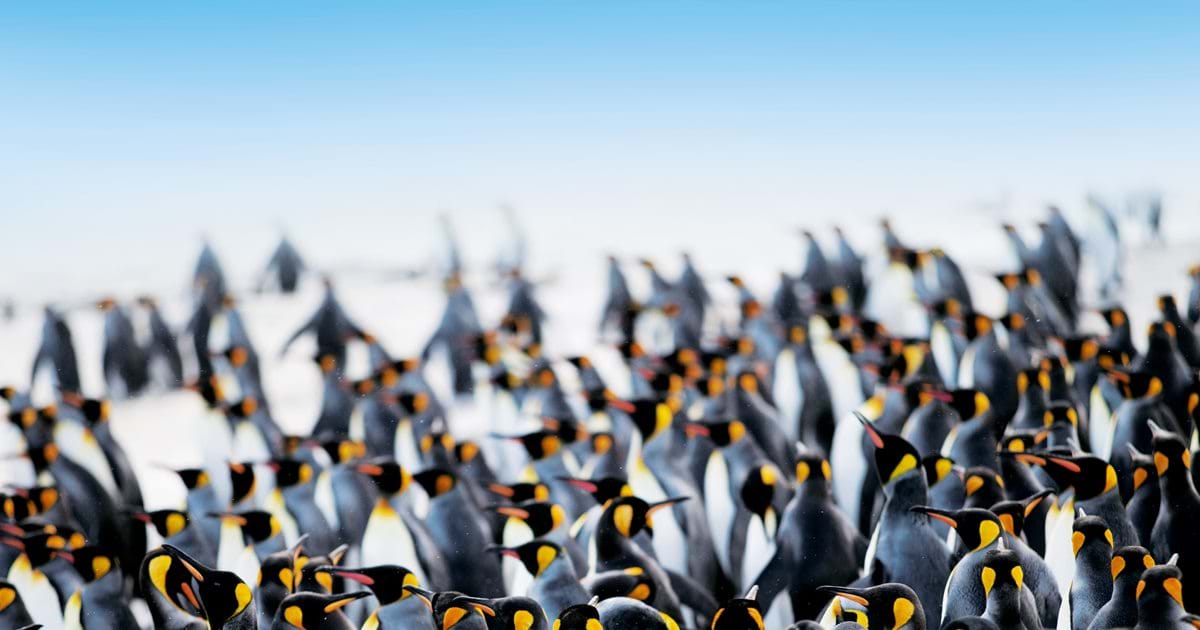